…Then created a small army of customers to help make the product a success. 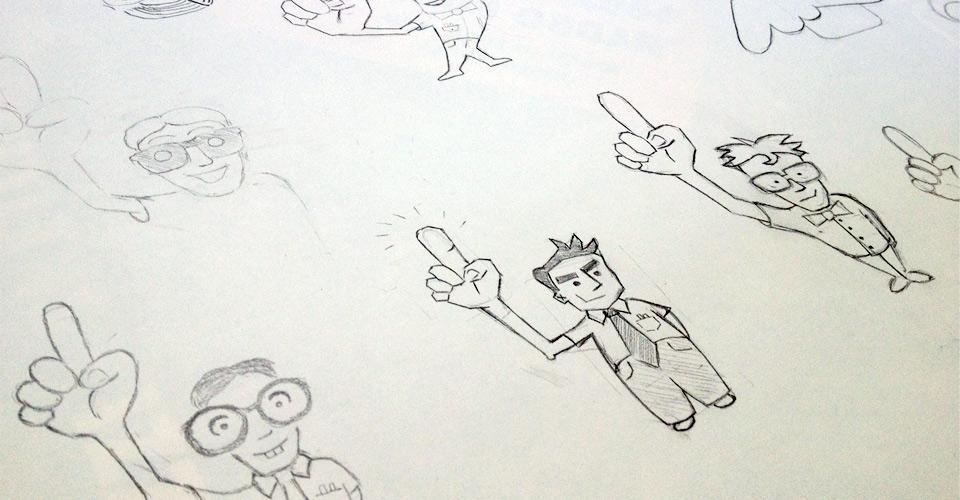 UX designers like to watch how people use their product, to make sure it’s easy to use.

This was easy enough on a desktop PC with a cursor to follow, but in 2007 when smartphones arrived … designers had to peer over their users’ shoulders to see where they were tapping. Things were getting a bit too cosy.

Usability people set up cameras on stands to see what the user saw and did, but the setups were getting very technical and laboratory-like, forcing users to hold their devices in un-natural ways.

BBC, and Mailchimp with their state-of-the-art setups in the mid and late noughties. “Whatever you do, don’t bump that tripod!”

Something which was previously a doddle, became a hassle for designers, and a dorky experience for their users.

The itch I had to solve this problem would result in a little side business which would ship to over 40 countries and teach me more about manufacturing, supply chain, distribution, yada yada… than I could imagine.

By 2010, myself and many others realised attaching a camera to the device was the best way to capture the way people interacted with the raft of new apps.

We used our DIY skills to fashion make-shift camera rigs, bending plastic, and dismembering webcams in order to get the job done.

MacGyver would have been proud…

My simple ’bent over a household toaster’ design was even featured in an article on ‘how to make your own iPhone usability testing sled for a fiver’. (Which I still recommend to those handy types out there).

Then a client asked for one that was “adjustable, and looks the part” … So (still thinking this was a one-off commission) I did a little sketch, built a prototype and tried it out. 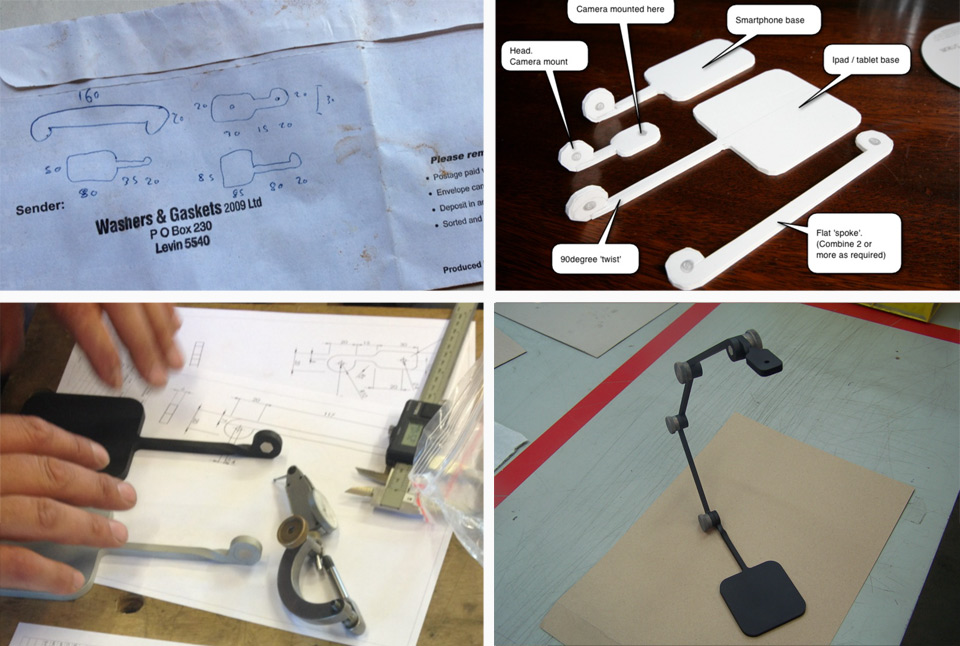 Yes, it really did start with a ‘back-of-the-envelope’ sketch, and that’s a foam board model.

I had found a problem worth solving, and I’d seen enough evidence that people were willing to go to effort, and pay to solve it. But none of the solutions were really tailored to the task or really delivered in an elegant way.

So, in 2012 after trialling a few versions and production techniques, I made a batch of 10, built a website with a simple video and a Paypal button and sold the lot in a week.

The very first Mr. Tappy went to Paris and none other than Google was one of these first 10 customers.

So I went to work in my garage with drill and blowtorch, making another batch, tweaking, then another, even doing 20 at a time when I felt daring…

I relish how my mind can wander while performing such repetitive tasks.

Using low-volume manufacturing methods, and making small batches myself I was able to ‘ship first and answer questions later’ … responding to customer feedback by including changes in each batch.

These questions from customers helped me shape the product, right down to the instruction manual (still a one pager)

Rather than try to anticipate the support my first customers would need, I took a chance and sent no instructions whatsoever out with the first 10, then (After the questions came back thick and fast)  based the instructions around providing the answers those customers would have needed.

Before I commit to a change I send out a handful of prototypes and variations to customers to get their real world feedback… It’s been super valuable.

Finding the right sticky surface which doesn’t suck took a lot of trial and error.

By 2015, primarily through listening and asking my customers to send photos of their set-ups and how they’ve put Mr. Tappy to use, the little man had become 50% lighter and a 137.4% better than the first model, even growing a camera (by popular demand)

I’m still evolving and tweaking the design with every batch, and it’s mostly thanks to my customers, who I think share the mindset of ‘what if?’ and ’there must be a better way’. Many of them in fact hacking my product to improve it themselves:

Handy people like Benoit adapt my product for their own use, inspiring me to improve it for those who need a turn-key solution.

Mr. Tappy is a micro business with macro personal and professional learnings.
Through this journey I’ve gained a deeper understanding of what it takes to bring a product to market, from supply chain to manufacturing, distribution, and customer support (which is basically a bottomless learning opportunity for improving the product if you know how to listen). In fact, because I’ve been listening, asking, and answering questions… I’ve found more problems worth solving. … and am working on those too.

It’s such a buzz when it when I read tweets and receive emails about how people are using the product:

…And reviews of their experiences using it…

Harry Brignull Reviews the 2015 Version of Mr. Tappy, it’s at least 90% good.
Rik Williams Gives him a run for his money, and adds his own camera to boot.
Matt Neiderberger Test drives one of the first few dozen I made.
Ben Melbourne (In Sydney) gives a great overview of Mobile UX recording, and where Mr. Tappy fits in.

Some of my humbling list of customers might not believe the product is assembled by me on my kitchen table, each Mr. Tappy addressed and skateboarded down to the local post office to be despatched.

In fact, I’m pretty sure most of my customers don’t realise I’m based in New Zealand.

…but when they receive a personal email reply or a hand written note in their package, it sometimes hits home that there’s a person behind the man with the big hand. All too rare these days.

Thanks a bunch to all of you lovely customers… every one of you,

…OK… Especially the opinionated ones who took the time to explain in detail what they were trying to achieve.

So, thanks customers – I literally couldn’t (and in fact wouldn’t) have done it without you.